The “Parco della Musica” Auditorium was designed in 1993 to increase in value an abandoned Roman territory which is the area between the Olympic village and the Flaminio stadium.

In 1994, Renzo Piano, a prolific Italian architect and the 1998 Pritzker Prize winner, won the international architectural contest for the project of the new Parco della Musica Auditorium.

The Auditorium opened in 2002, and it is still the best architectural and cultural action has been ever made in Rome since the 60s.

This comprehensive structure embraces music and arts. It fulfills passions and needs of diverse audiences.

The structure has three halls

Santa Cecilia Hall was specifically conceived for classical music concerts. It is the only one of its kind of form in Italy to have exceptional dimensions with “woody shells” making the entire Sala a resonating chamber of optimal acoustic performance.

Every hall can be considered as a large sounding box with three majestic lutes in the ceiling.

In the middle of these three halls, there is the Cavea Piazza named after Maestro Luciano Berio. It has a double function as both an open-air theatre and a meeting place.

The prestigious National Academy of St Cecilia is one of the oldest musical institutions in the world, which is hosted by Parco della Musica Auditorium.
Officially founded in 1585 and composed by local musicians, it has evolved in the modern academy we know today: a symphonic concert institution known worldwide with 100 members, some of which are the most important icons of artistic and musical culture. It also offers a refined level of music development and formation. 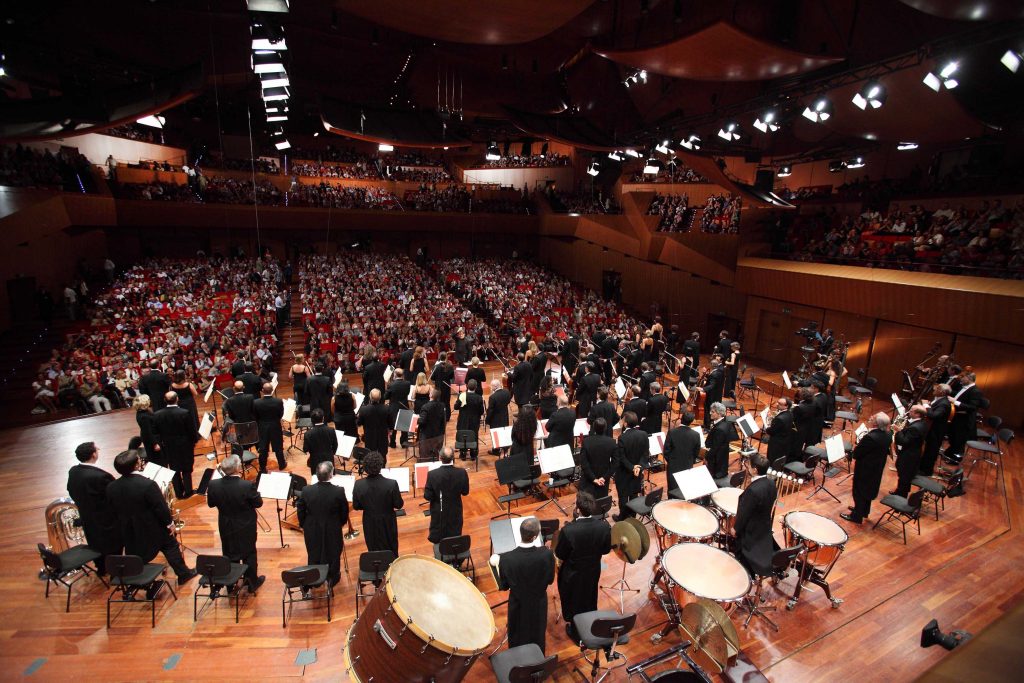 The Auditorium holds the Archeological Museum with Roman Villa, the Aristaios Museum, and the Musical Instruments Museum of the Accademia Nazionale di Santa Cecilia.

The Pinuccio Sciola’s Pietra Sonante (Singing Rock) is in the inner garden (He was a famous artist from Sardinia). It is a large shaped block of stone that produces sounds through the rubbing of its transverse incisions.

We invite you to visit this amazing place if you are looking for a sanctuary that holds arts, culture and entertainment.

The Auditorium is located in Via Pietro de Coubertin, 30 (Rome), at 1, 5 km from the city-center and you can go there with several buses:

The Casale di Tormaggiore will guarantee to you a free shuttle service to the train station where is possible to reach the center in 14 minutes!

Do you want to know all the rides around Casale di Tormaggiore?