Nemi and the Emperor Caligula’s ships 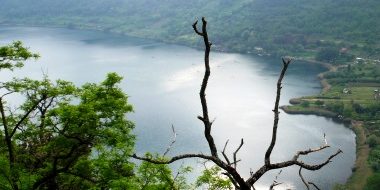 Places to visit near Rome: Nemi

The most interesting places to visit near Rome certainly include the small town of Nemi, included in the area of ​​the Castelli Romani and awarded with the Orange Flag of the Italian Touring Club (tourist-environmental quality brand).

The village of Nemi is a natural terrace surrounded by woods and, with its medieval towers, overlooks the blue of the lake of the same name, in which it is mirrored from the top of its 521 metres.

Nemi, which is 20 km from Casale di Tormaggiore, is famous above all for its Lake, for the Museum of Roman ships and its strawberries. 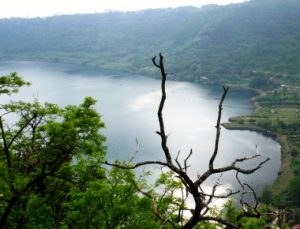 The reasons why we indicate the Lake Nemi among the places to visit near Rome are many and fascinating. Now we’ll tell you about them 😉

The Lake Nemi is a small volcanic lake at an altitude of 316 m above sea level, appreciated as a place of leisure and vacation since ancient Roman times.

Today you can see the remains of this ancient Diana’s temple, a huge complex that stretched for about 45 thousand square metres: a short distance from the Museum of Ships (read below), also on the way to the Diana’s temple, follow the signs for “Giardino di Diana” farm, which organises guided tours of the temple (the farm is located within the archaeological area).

The ecosystem that includes the Lake of Nemi and the surrounding environment has remained almost intact over the centuries: here nature and human activities coexist harmoniously, making this area a real outdoor museum.

Given the peculiarities of the area, a citizens Committee was formed to do ensure the Lake Nemi is recognised as “patrimony of humanity” by UNESCO.

From this perspective of knowledge, protection and enhancement of the Nemi area, a fundamental element of the region is the Museum of Roman Ships, built in 1935 to house the remains of Emperor Caligula’s ships. 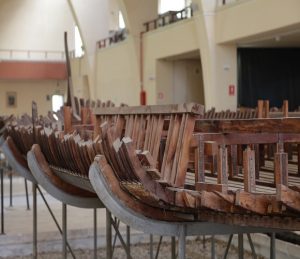 The main reason why we include Nemi in the top 10 of places to visit near Rome is its museum of Roman ships.

The Museum, located in via del Tempio di Diana 13, holds the remains of the boats that the emperor Caligula kept moored on Lake Nemi and used as luxurious, floating reception rooms or as a location for naval battle simulations .

The two ships were 70 metres long and more than 25 metres wide, examples of very advanced engineering for the time. Decorated with pomp and precious materials, Caligula had them built in honour of the Egyptian goddess Isis and the local goddess Diana, protector of hunting.

However, following the death of Caligula (41 AD), the Senate of Rome had all his works destroyed, and so sank the two ships in the Lake Nemi. 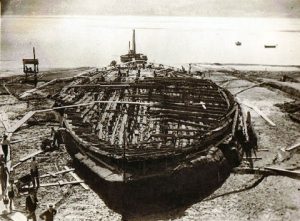 The fascist government wanted to recover the boats: a mastodontic work that lasted 4 years (1928-1932) and that required the lowering of the lake level by means of powerful water scooping (from that moment, despite the subsequent filling of the lake, the water level has never returned to be the original one).

Often the Ships Museum also hosts cultural initiatives (exhibitions, conferences, seminars), which have contributed to a significant expansion in the flow of tourists to the Lake Nemi.

For opening hours and tickets, see the Museum website: www.museonaviromane.it/

From the gastronomic point of view, Nemi is famous for strawberries: in its district and its volcanic soil, a particularly tasty variety of strawberries grows and it is appreciated by more and more Italians and foreign tourists.

The Nemi’s strawberry is so special that since 1922, every year, on the first Sunday in June, the Strawberry Festival is celebrated: for the occasion, a huge cup full of strawberries is watered with the typical sparkling wine called “fragolino” and offered to visitors.

Site of the Municipality of Nemi: www.comunedinemi.rm.gov.it

Just 20 kilometres separate the Casale di Tormaggiore from Nemi, with its Lake and its Museum of Roman Ships.

To get to Nemi we suggest you to rent a car (we can contact the rental car service for you) or we can organise a private visit, including transport and guide.

Want to find out about other places to visit near Rome? Click here and look at many other attractions >>

The photo above is taken from www.visitcastelliromani.it