The Domus and the hidden treasures 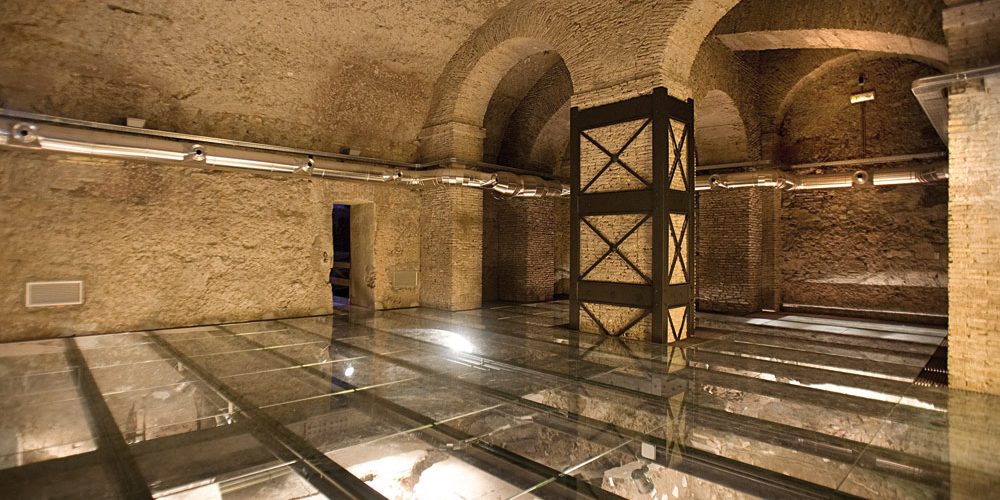 … and then it happens that one step away from the main tourist attraction, there is a treasure that risks being ignored. It is the case of Palazzo Valentini, in the heart of Rome, at the Imperial Forums, in front of Trajan’s column.

In the square in front of Trajan’s column, beyond Enoteca Provinciale – that you can use as a location for your lunch – there is a small door: that’s the entrance to the Palazzo Valentini’s Domus. A wonderful path that winds through the levels below the Palace, highlighting some perfectly preserved Roman Domus.

A multimedia path, made of reconstructions, projections and a transparent floor that will allow you to admire the wonders of two Roman villas. A wonderful journey that ends with the “story” of the conquest of Dacia by the emperor Trajan, in fact a document, rich in details and bas-reliefs, “wrapped” around Trajan’s Column. 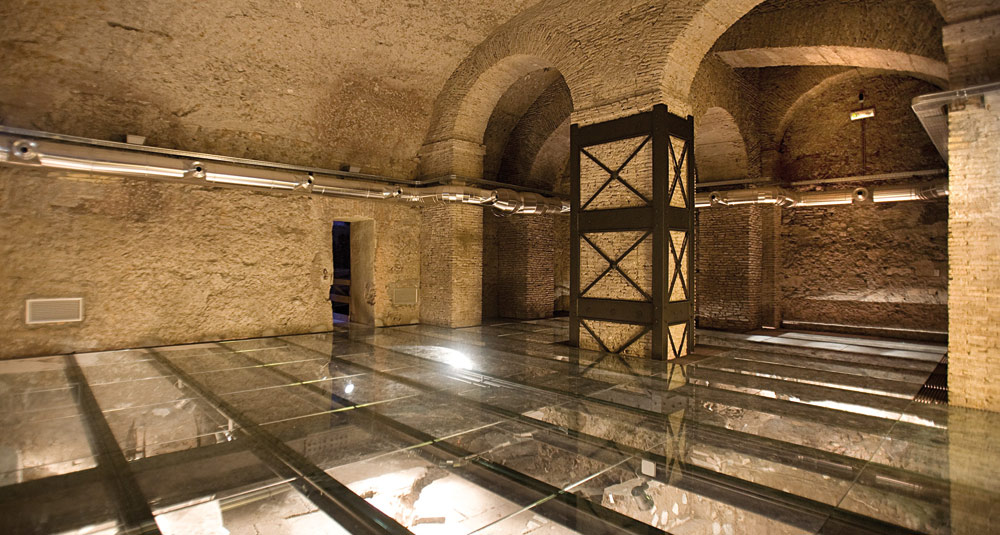 From 16th October 2010 Palazzo Valentini hosts archaeological excavations that include, with the Domus, the already vast cultural and archaeological Roman heritage.

Archaeologists, architects and art historians have taken care of the development of this revaluation project, bringing magnificent and unique discoveries that have contributed to the reconstruction of an important part of the topographic puzzle of ancient Rome, but also of the Middle Ages and of modern times.

The route: between ancient finds and a Virtual Tour

The path among the remains of the patrician domus of the imperial age is a real sensorial journey in which the visitor witnesses the “rebirth” of these ancient architectural structures in all the environments of which they were composed and in every single detail. 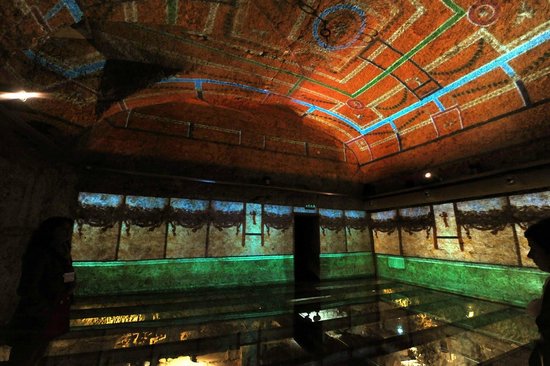 Through virtual reality, movies and graphic effects, the observer will be able to admire ancient finds, mosaics, decorations on walls and floors, paving stones and much more. On the route you will also find a huge model that reconstructs the various stages of development of Palazzo Valentini.

In the basements in front of Trajan’s Column, moreover, you can admire the findings of a monumental building, a huge foundation, monolithic columns in grey granite dating back to the Egyptian era, and underground environments that seem to date back to the early age of Emperor Hadrian.

It is possible to visit the Trajan Column: an animated model allows you to relive the environments of that era and, in particular, the great Basilica Ulpia, which stood next to the Column.

A virtual reconstruction of the Column, allows you to see bas-reliefs and the military campaign that they narrate: from the conquest of Dacia by the emperor Trajan to the death of King Decebalus and the triumph of the Emperor. 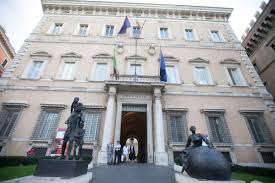 Palazzo Valentini has been the institutional headquarters of the Province of Rome since 1873.

At the behest of Cardinal Carlo Bonelli and Michele Ferdinando Bonelli, in the 17th century, it was renovated and enlarged.

Partly demolished and rebuilt by Francesco Peparelli for what would have been the new owner (Cardinal Renato Imperiali), the Palazzo houses an important family library (of the “Imperiali”) populated by more than 20 thousand volumes.

In 1827 the Palazzo was bought by the banker Vincenzo Valentin, he established his residence here, giving it his own name.

If this brief description has intrigued you, do not miss this fantastic experience in underground Rome!

Useful contacts to book your visits:

Palazzo Valentini and the Roman Domus