Villa Hélène: a secret Museum in the Capital

Villa Hélène, a secret museum in the capital

If you believe that art, and especially monumental art, can bring peace and harmony in the world, then the Museum of the Norwegian sculptor and painter Hendrik Christian Andersen is a place you should visit.

Andersen was an idealist and strongly believed in the contemplation of art as a tool to become better men. The artist was born in Bergen in 1872 but moved first to America, where he began his artistic studies, and then to Europe for further education; at the end of this path, he chose Rome as a city where he could definitively settle and live for over forty years. 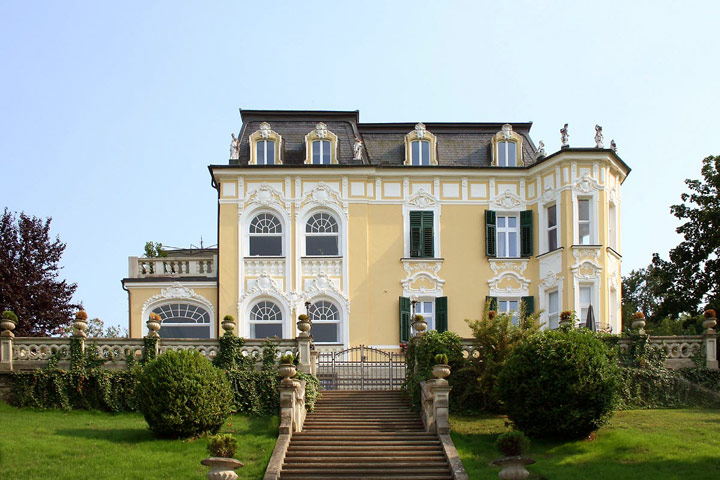 The Villa, dedicated to the mother Hélène from which it takes its name, is located near the Tiber, just outside Porta del Popolo, in an area not affected by flows of tourists; also for this reason it is a place of great charm and peace.

Outside you can admire all-round sculptures and floral decorations of Liberty and Neo-Renaissance architecture.

Designed by Andersen himself between 1922 and 1925, the museum houses over two hundred sculptures in plaster and bronze, three hundred graphic works and two hundred paintings; it was donated to the Italian State following the artist’s death in 1940, with all its contents.
The building offers on the ground floor a gallery dedicated to art exhibitions and a studio in which the artist designed, drew sketches and portrayed mainly journalists, writers, American intellectuals and politicians, making himself space in the elite of the foreign culture rooted in the capital.

On this floor we find the monumental statues, the “portrait busts”, and the drawings for the World Center of Communication, a project on which Andersen and the architect Ernest Michel Hébrard worked together to create “the centre of world communication and knowledge”. Their intent was to create an urban model in which to bring together all the world’s leading knowledge experts: intellectuals, scientists, artists, to collect, and consequently develop, the good of humanity. A place that would lead to a moral rebirth.

At Villa Hélène everything tells of this wonderful dream that almost obsessed the artist but that had become the subject of political and social debate in the salons of the twentieth-century bourgeoisie.
The themes of love, of motherhood, of beauty understood as physical vigour and of intelligence that wins over strength, are repeated in every statue that populates the ground floor.

The first floor of the Villa, however, houses an exhibition space dedicated to the relationships between Italian and foreign artists from the Nineteenth to the Twenty-first Century.

The uniqueness of this container of works of art, therefore, does not reside only in the artistic value of the building itself, but also in the historical-social one, emerging as a place of reflection on the concept of “good” and “beautiful” through the forces of art and progress, which would help humanity to destroy the patterns of evil and meanness.

If this information has convinced you, we point out that the Museum is in via Pasquale Stanislao Mancini, 20 and opening time is from Tuesday to Thursday, from 9:30 am to 7:30 pm.